NGO hell-er produces, facilitates and coördinates social art projects with offenders who engage in life writing, literature, performing & visual arts and documentary led by the belief that art is a powerful way to organize and communicate our inner world and connect to one-self and others.

Radio Begijnenstraat is directed & edited by Katrin Lohmann & produced by hell-er in collaboration with the multdisciplinary team ‘zorgteam’ on the psychiatric
ward ‘wing F’ of the Antwerp prison.

This project is about stories worth telling and voices wanting to be heard.

In individual and group sessions this material is created and recorded for the radio.

In this manner we facilitate approachable cultural participation,
expression, sharing and contact.

We monthly broadcast our work in our programme on the local radio Radio Centraal and make it available as podcast, which we hope might heighten the awareness and empathy concerning mentally ill offenders.

Every two month we organize a live-listening-event in prison and we regulary  present our audio work in public cultural festivals and theatres. (for more information check ‘Radio Begijnenstraat on tour’)

Radio Begijnenstraat broadcasts the diverse detained voices through fiction and biographical work – complex and yet recognizable – and shows the potential of narrative which can challange our
ideas on detention, mental illness, punishment, guilt, and the meaning of art and culture.

The radio project is rooted in the dramatherapy, one of the many therapeutic programmes the ‘zorgteam’ offers to the mentally ill detainees on wing F:

“The therapeutic programme consists in a range of creative activities, sport, psychotherapy, and open group activities, that are offered on a voluntary basis. This helps to create a safe environment in which people who would otherwise
withdraw from social activities, start to engage with the group and the therapists”

One can imaging that offering such environment in prison is not convenient since 75% of Belgium prisons are overcrowded and despite the opening of a specialized forensic psychiatric centre, far too many mentally ill offenders still remain detained in regular prisons, where
insufficient care and treatment are provided.

The majority of persons we work with on the psychiatric wing ‘F’ of the Antwerp prison are long term interned people with very few perspective of re-integration who suffer from severe psychiatric disorders & substance abuse as
much as from the damaging influence of the repressive environment of the
prison itself, not to forget the lack of perspective. Being triply marginalized – so called crazy, criminal & detained – they are probably
the most unheard member’s of society.

Since february 2017 hell-er also facilitates an extramural rehearsing space for people who are not (yet/anymore) in prison to further engage with the radio project:

Since june 2017 hell-er also facilitates a visual arts project ‘kunstbak’ – by inviting the artist Gerard Herman to coordinate a weekly atelier space in prison. The artistic works of the participants are regulary published and shared in the public realm.

Though all projects are art projects, they are inspired by therapeutic assumptions from psychodynamic-, client-centered- and arts-therapies and the concept of desistance :

‘Living a crime free life presupposes a reconstruction of self-image to one of a delinquent-free self.’

Identity development is a comprehensive conception. In art we deal with self-view and self-consciousness in a special way – we
re-listen, re-vieuw and imagine ourselves in the eyes and ears of the other, we also recognize ourselves in the stories presented – fictional and non-fictional.

The specific use of projection material and the
ambition to externalize what we think and feel contributes to explore identity
other than the ‘criminal crazy identity’ people are attributed with.

Radio Begijnenstraat is supported by 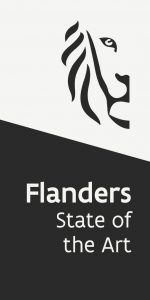 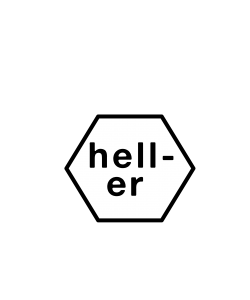